PERMISSION has been given for a nine-storey block containing nearly 50 flats in central Glasgow.

The council’s planning applications committee voted in favour of the development by Glasgow Housing Association at a former car park on the corner of Watson Street and Gallowgate. 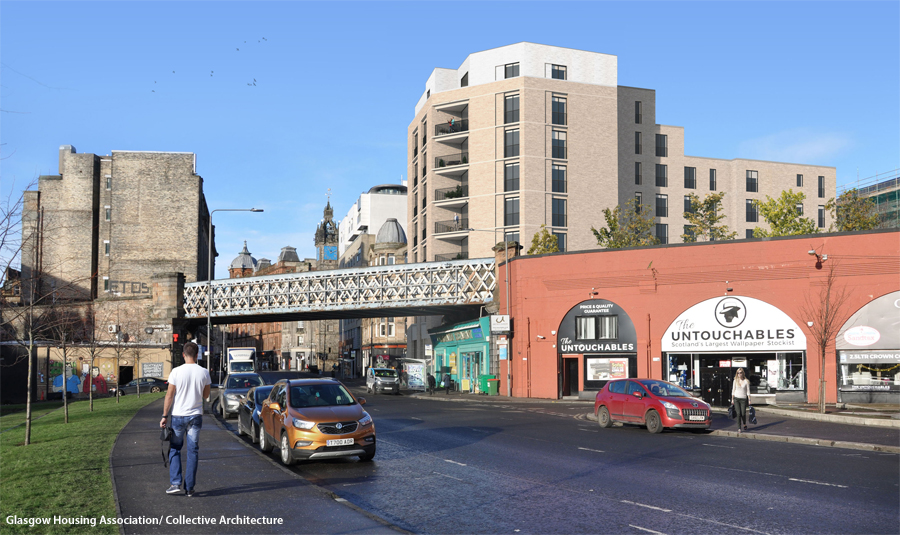 How the building is expected to look from Gallowgate and, below, how it is at present 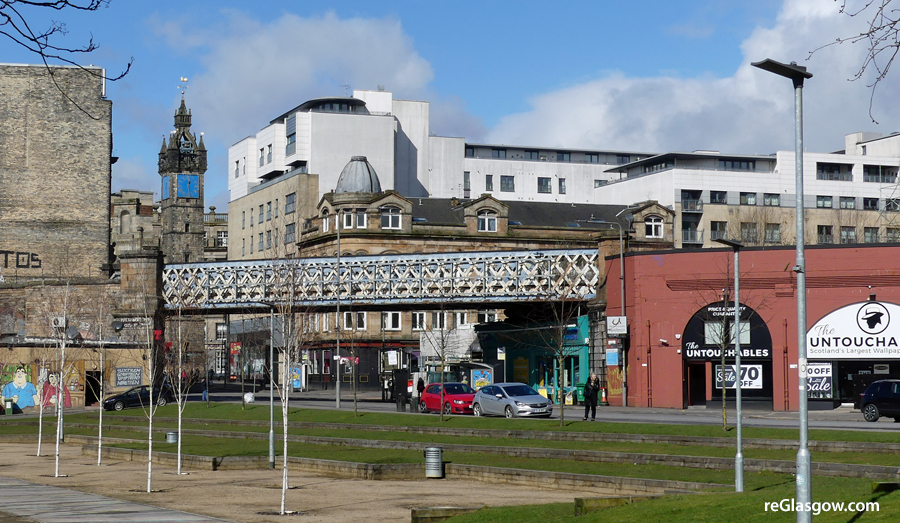 The building will have 46 flats for mid-market rent — 42 of them with two bedrooms and four with one bedroom. There will also be a ground floor office unit. No car parking spaces are included. Cycle storage will be provided.

Council officials had recommended approval. Their report stated: “The site has been a surface level car park for several decades, following demolition of traditional sandstone warehouse buildings in the late 1980s.

“The resultant gap site is seen as being detrimental to the unique character of the Central Conservation Area and its redevelopment is welcomed.

“The format of development proposed is modestly taller than the established wider datum of Trongate and High Street and its design and elevational treatment suitably responds to all public vistas.

“The proposals will follow the established building line on Watson Street which will ensure that adequate separation distances are achieved
between opposing residential windows.

“Whilst the proposals will generate sunlight and daylight impacts to a limited number of flats on Watson Street, having regard to the inner city location and confined nature of the site, it is accepted that the proposals strike an appropriate balance between daylight / sunlight impacts and repairing the urban fabric and contribution to place-making.” 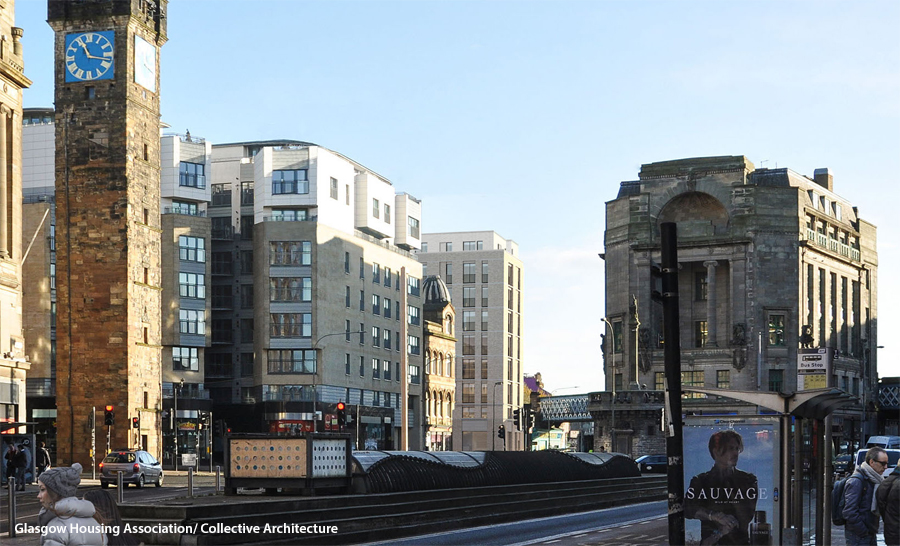 How the building is expected to look from Trongate