GLASGOW city planners have approved a development of flats in Calton.

The seven-storey block, containing 54 apartments, will be on a vacant site on the north side of Bell Street, beside the railway line. 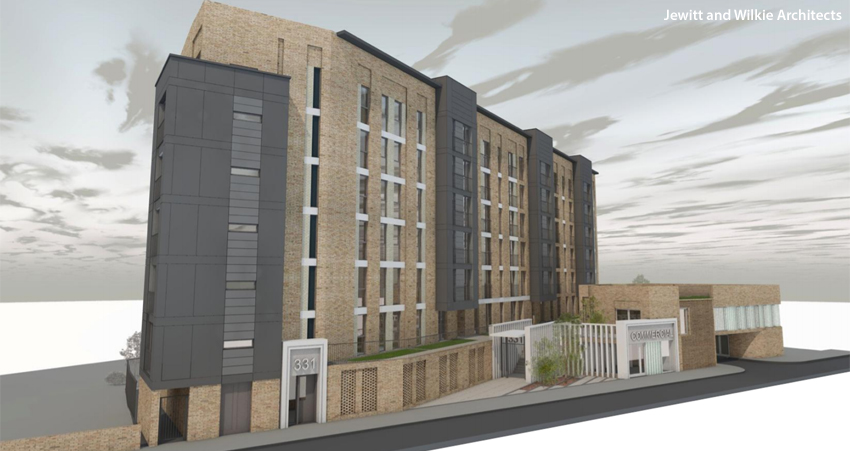 At ground floor level, an enclosed car park, with 39 spaces, creates a ‘plinth’ for the building with vehicle access off Bell Street by means of a security gate. Pedestrian access will be through a security controlled gate up to the landscaped deck at first floor level. 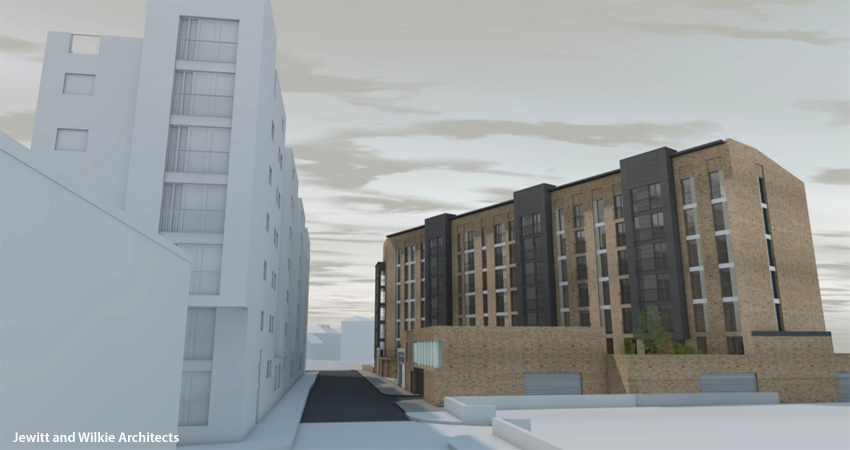 A commercial office accessed at street level from Bell Street will have a ground floor reception area with main office accommodation at first floor.

Sitting on top of the plinth, the residential block has been pushed towards the back of the site to reduce the visual impact of the seven storeys.

A statement submitted with the application by Jewitt and Wilkie Architects explained: “This development will commence the reinstatement of the northern portion of Bell Street, which has been eroded in recent decades.

“The site is ideally located to form a continuation of the western residential street scape of Bell Street, reintegrating the eastern portion of the street back into the city fabric.

“Most importantly, the site will be pivotal in increasing the security for existing residents and pedestrians. Its development will increase the surveillance perspective not only to Bell Street, but also to the railway underpass, the disused car parks around Spoutmouth and Little Dovehill and the vacant, cleared site to the east.”

A report by planning officials stated: “The proposed scale of development will provide a strong termination of the vista along Bell Street as viewed from the west.

“In terms of building design and fenestration, the architectural language and material treatment is well-considered. The north elevation is of particular importance, representing a gateway to the City as approached by rail.” 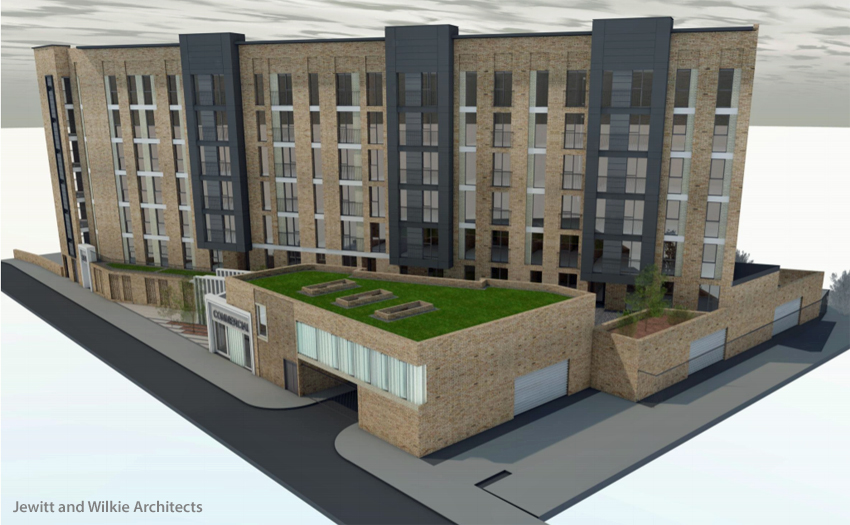