A PLAN to turn an empty jewellery shop on Glasgow’s South Side into a cafe has been rejected.

A change-of-use application for premises at 1054 Pollokshaws Road, Shawlands was refused by city officials.

They said it would mean the “unacceptable loss” of a retail unit in the Shawlands shopping area — the proposal would have led to five out of seven units in the street block being non-retail. No evidence had been presented to show that the premises had been marketed as a shop for at least 12 months without success.

Planners also said the cafe’s ventilation system would be visible from the street “unacceptably impacting the visual amenity of the streetscene and the character and appearance of Shawlands Cross Conservation Area”. 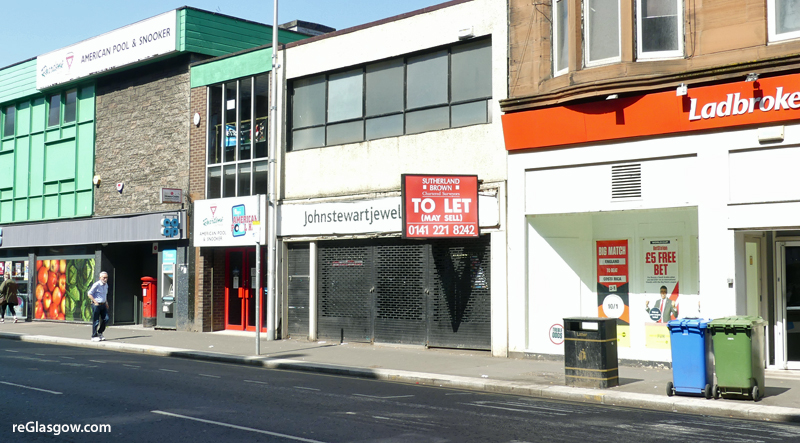 The cafe was to have had seating over two floors. At ground level there was to have been a servery and seating for 14 people. Upstairs there were to be a further 30 seats and the kitchen.