PLANNERS are being asked to approve a proposal to convert the former NHS Glasgow headquarters at Charing Cross into apartments.

Seventy-one flats — a mixture of one and two bedroom properties — are proposed for Dalian House on the corner of St Vincent Street and North Street, near the M8 motorway. Commercial uses are proposed for the ground floor space facing the motorway. 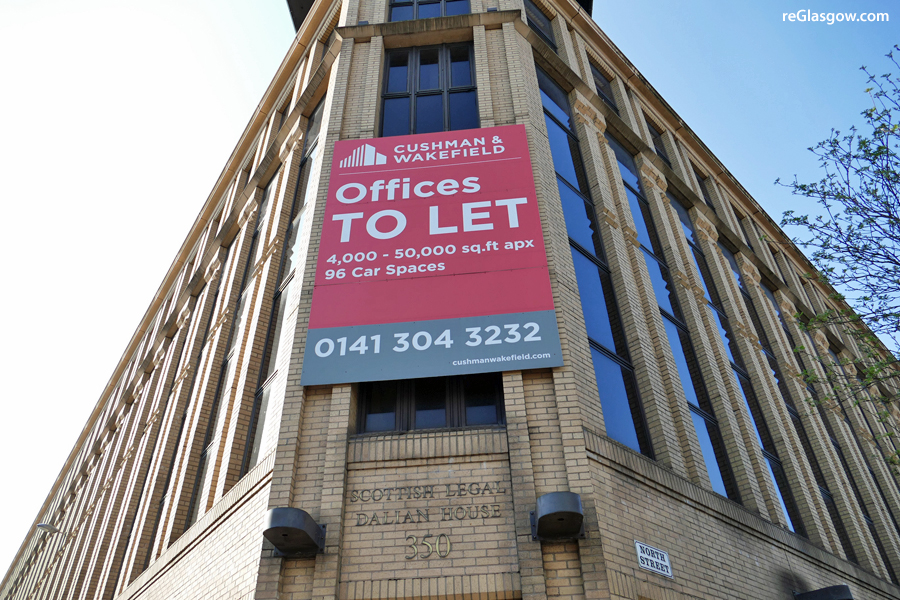 The building, developed by Scottish Legal Life Assurance in 1989/90, was formerly the headquarters for NHS Glasgow and, before that, the first tenants were Strathclyde Regional Council.  It is named after a city in northern China with which Glasgow was twinned in 1987.

The premises have been unoccupied since around 2010 after the NHS trust moved to a new facility at Gartnavel. 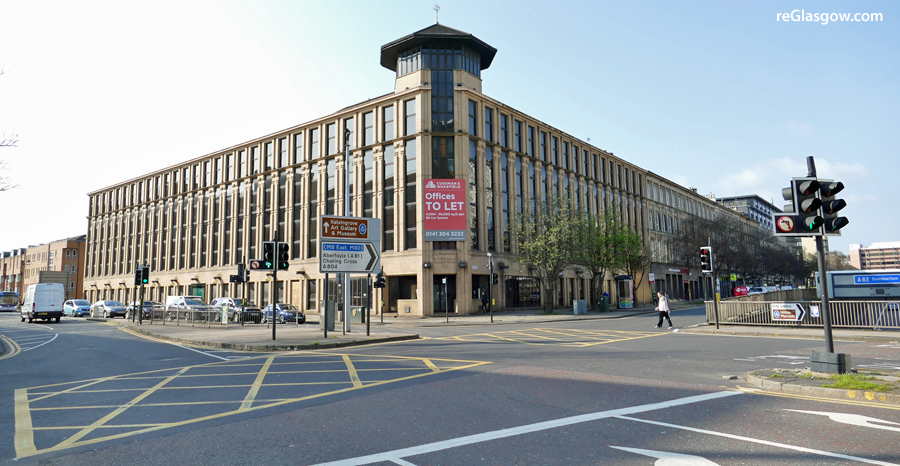 A statement submitted as part of a change-of-use planning application states: “The owner’s property agents have been actively promoting the site since then but feedback is that the facility no longer meets current technology, facilities and installation standards and is in desperate need of renovation and refurbishment. The property has been empty since that time and is showing signs of neglect.

“With the existing and recent residential developments in the area it is considered that residential would be the most appropriate use for the property.”

The site was previously subject of an application for hotel and restaurant use but there has been no firm interest from hoteliers. Upgrading it to commercial office space is not considered viable.

An existing underground car park with 96 spaces would be kept and cycling storage would also be provided.