SCOTTISH Canals have been given permission to landscape rundown former industrial land at Port Dundas.

Glasgow planning officials approved the proposals for Mid Wharf Street beside Pinkston Canal Basin, which include providing a path for pedestrians and cyclists as an active travel link between two major Glasgow developments.

A report by planner states: “The proposals centre around connectivity. Connectivity with the canal, the wider city and with the site’s heritage. A linear route which runs parallel to the canal basin is proposed to provide a pedestrian and cycle link between significant redevelopments, Dundashill, Sighthill Regeneration Area and the future pedestrian bridge over the M8 linking to the City Centre beyond.

“The route will be subtly demarcated through material arrangement. The path itself will be generously proportioned, with a smooth and even surface.

“The edge of the wharf will be demarcated with smaller paving units, potentially reclaimed cobbles or cropped granite, which will provide a cue to cyclists and pedestrians. Seating areas and landscape features will be similarly highlighted in a change of material.” 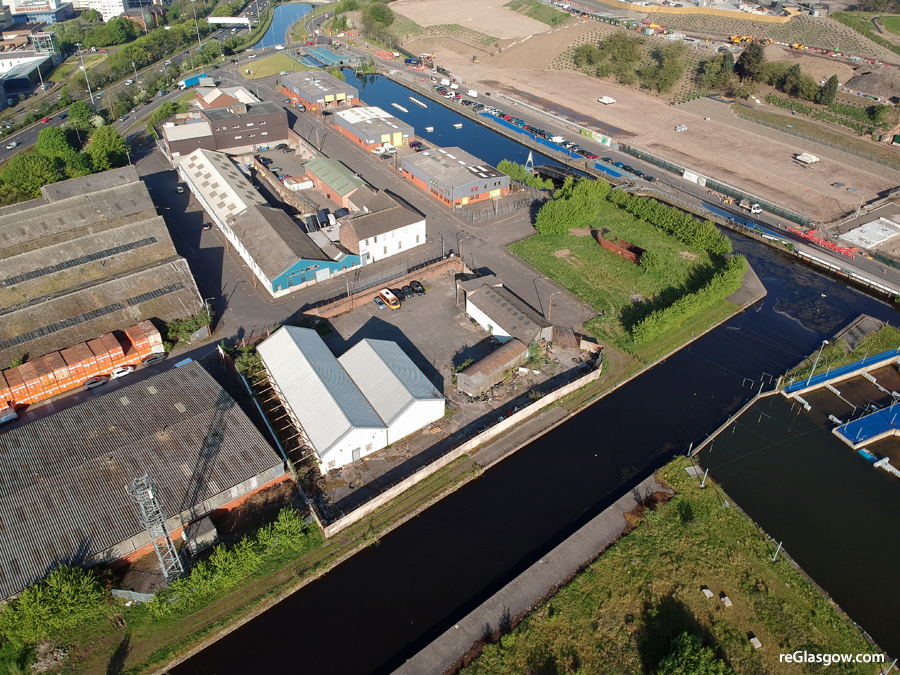 The report continues: “Pockets of seating, elements of interpretation and way-finding are to be included which will celebrate the site’s industrial heritage, and new lighting is proposed to ensure a safe and welcoming link.”

“The Scow [boat relic] will take on a new lease of life as a focal point in a new area of public realm. The route passes through the corner site and will wrap around this heritage piece. Interpretation and seating will be provided to further activate the space.”

Scottish Canals have also applied to develop a three-storey office building made from adapted shipping containers beside the canal.