EUROPE’S first ‘smart canal’ scheme is to be developed in Glasgow.

It will combine the 250-year-old Forth and Clyde Canal with 21st century technology to reduce flood risk, enabling massive regeneration.

The pioneering new digital surface water drainage system will unlock 110 hectares across the north of the city for investment, regeneration and development, paving the way for more than 3,000 new homes.

The £17million project is being delivered via a partnership of Glasgow City Council, Scottish Canals and Scottish Water under the umbrella of the Metropolitan Glasgow Strategic Drainage Scheme (a Glasgow City Region City Deal project),

It will use sensor and predictive weather technology to provide early warning of wet weather before moving excess rainfall from residential and business areas into stretches of the canal where water levels will have been lowered by as much as 10 centimetres.

This will create 55,000 cubic metres of extra capacity for floodwater — equivalent to 22 Olympic swimming pools.

Advanced warning of heavy rainfall will automatically trigger a lowering of the canal water level to create capacity for surface water run-off.

Before periods of heavy rain, canal water will be moved safely through a network of newly-created urban spaces — from sustainable urban drainage ponds to granite channels — that absorb and manage water in a controlled way, creating space for surface water run-off.

The scheme will unlock 110 hectares across the north of the city for investment, regeneration and development, and will see the Forth and Clyde Canal connected to five new sites over the next 10 to 15 years — Sighthill, Hamiltonhill, Ruchill Hospital, Cowlairs and Dundashill. 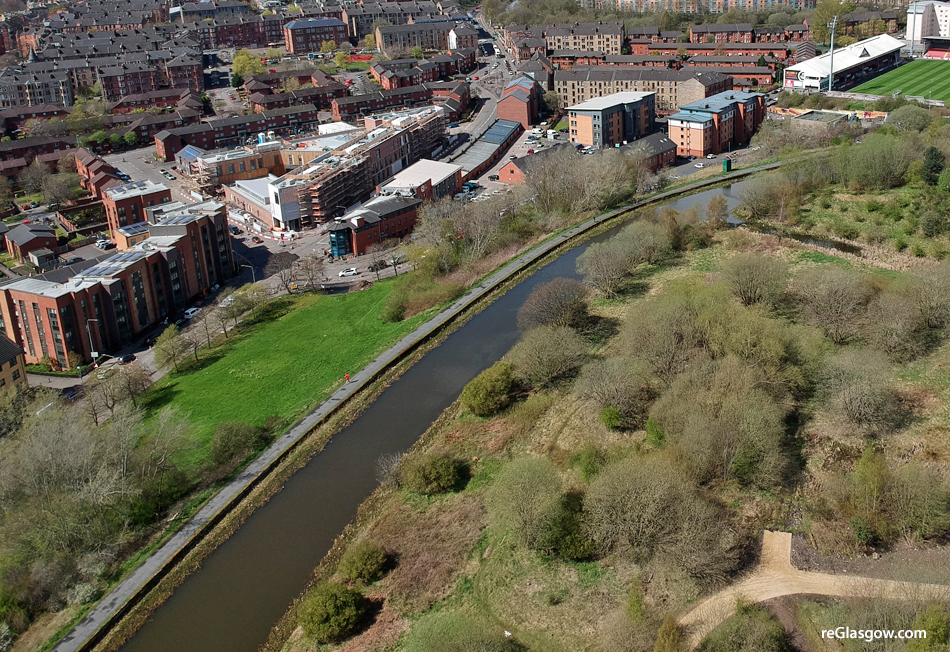 The capital funding for the scheme comes from the Glasgow City Region City Deal, the Green Infrastructure Fund, and Scotland’s 8th City — the Smart City.

Councillor Aitken, who is also chair of the Glasgow City Region City Deal cabinet, said: “This is a fantastic day for Glasgow’s Canal, as we mark the introduction of cutting-edge technology that will both allow surface water in this part of the city to be managed, and allow the building of new homes and businesses on land that historically has been unfit for development. It is very exciting to see such smart technology in operation in Glasgow — one of very few examples in the world — and we can look forward to it playing a key role in the continued regeneration of Glasgow’s Canal and the north of the city.”